I’ve long been a believer that businesses owners must maintain an awareness of their standing in two highly competitive and equally important arenas.

Some attrition is natural in both arenas. Significant defection in either area will adversely affect the other. Because this is a briefing, let’s examine one element of defection: employees who voluntarily leave and why.

The July issue of Workplace Solutions Magazine published a list of the top reasons people leave their jobs. (Note: these are listed in no particular order) 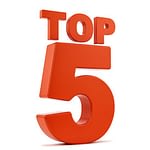 What Are You Hearing?

Of these five reasons, which one do you hear most frequently? I am willing to wager that it is the last one on the list, “More money.” Why? The authors of the book Play To Your Strengths provide some insight about a potential flaw in the exit interviewing process they call the Say-Do Trap. Just as political pollsters face challenges with the accuracy of their responses, the same is true for exit interviewers. What employees say is not always what drives their behavior. Exiting employees who prefer not to burn bridges may be saying that they have found a position for more money. But that answer often masks the real issue. Compensation is a socially acceptable reason to leave and it typically will not be challenged. The exiting employee can easily avoid having a potentially uncomfortable conversation about the real reasons that led them to seek a happier workplace. While their search may have coincidentally resulted in higher pay, the reality may be that they would have been content to work for less money just to escape a bad situation.

There’s Something Else About Mary

Here’s a hypothetical scenario about “Mary”. Mary tells her exit interviewer that she got “more money” elsewhere while her real reason for departure is that her manager is a condescending, incompetent idiot. Mary is one of several in her department who have recently left for that same stated reason, more money.  To address this defection problem uncovered by socially correct exit interview responses, what does management do?  They decide it’s time to raise the department pay scale. So, not only has the exit interview failed to get to the root cause of the problem, misinformed management’s remedy results in an unnecessary increase in overhead. They succeed in slowing down turnover by creating a barrier to exiting in the form of combat pay that is not easily exceeded. But what happens to productivity in this manager’s combat zone of a department?  The company now pays more for less output.

Take it to the bank…

Whether your dealing with the departure of either your external or internal customers, it’s about more than money. There’s always something else. In either case, it’s about the overall value proposition of your offering.  In either case, examine your information gathering process to determine if your boat has sprung a leak.

We invite you to connect with us to discuss how we can help you minimize your risk with  talent decisions.